Sometimes you just need to have a little fun and a good laugh. That was exactly where I was today after 48 hours of online learning with my students and my own daughter. Just when I was almost out of steam today, something hit me. It was the last day of the month. Did we have a fire drill or not this month? If we didn’t have one yet, we would have to have one today – state law and all. Then I remembered we weren’t at school, so that didn’t matter. But why not keep up the routine just for fun… and a laugh? 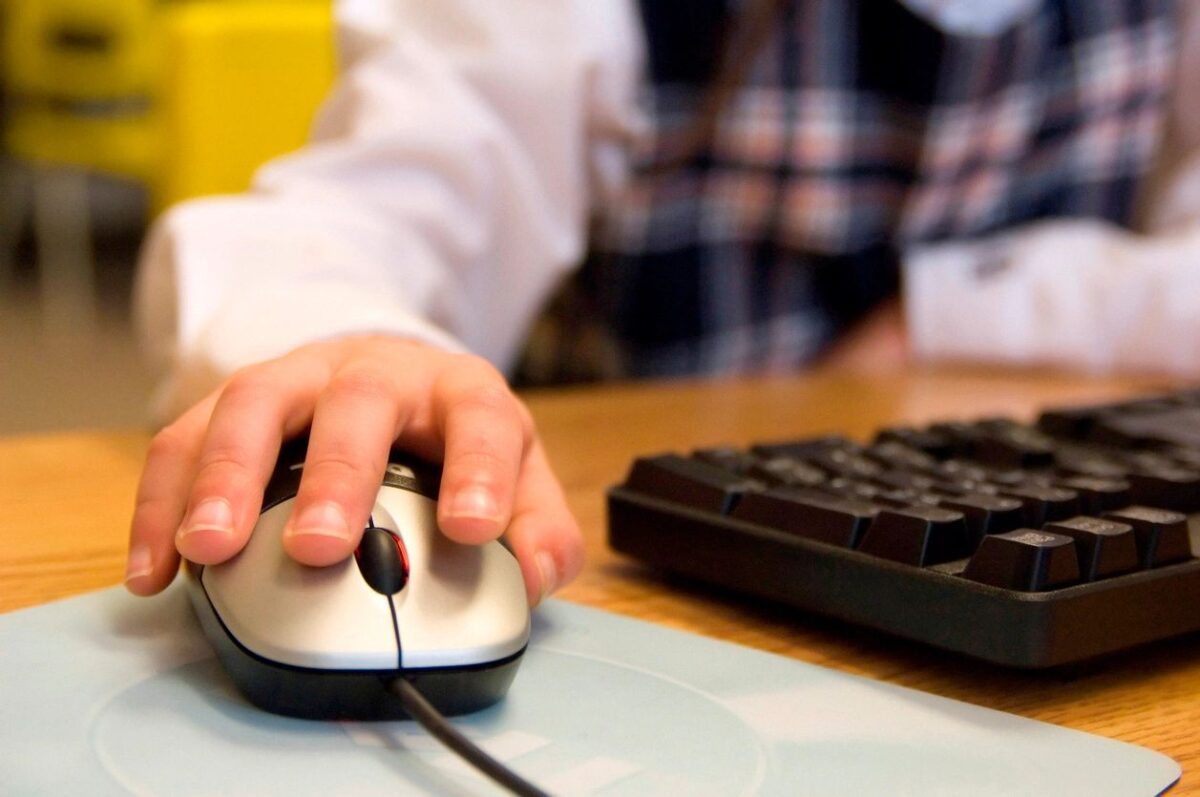 Before becoming a teacher, I worked in television production for almost a decade. One of the first lessons I learned during my career taught me a valuable lesson, not just about television, but about life.

My first job in television station was a videotape operator for the 10:00 newscast. This was before everything was digital. You had numerous videotapes for each broadcast and only four tape decks to play the tapes. After each story aired, you would have to play the next tape, rewind the previously played tape for the next newscast, and switch tapes.

A colleague showed me what to do for two nights, then handed the job over to me. The first few stories went smoothly. Then the stories started to go at an increasingly fast pace. After the ninth or tenth story, my mind was going faster than my hands, and I rewound a tape while it was still on the air. Tens of thousands of people saw my blunder on live television.

I thought that was the end of my career in television. I looked over at my colleague for some encouraging words and he said, “Bet you won’t make that mistake again.” Despite his lack of empathy, he was absolutely right. I learned from that mistake and never repeated it.

I thought about this technology blunder as many educators, myself included, prepare to make a shift towards online learning.

When new technology is used, mistakes are not only possible, they are probable. That’s why it is important to embrace situations like this with the right mindset. These are a three ideas I’m going to try and keep in mind during this journey.

Things will go wrong, and that’s okay. Teachers, students, and parents are using technology which may be new to them. It is important to be honest with all stakeholders (students, parents, and colleagues) and acknowledge that things might not go according to plan, but we’ll all work together to get through this.

Mistakes will happen. Try to learn from these opportunities and grow as an educator. The legendary football coach Bear Bryant said, “When you make a mistake, there are only three things you should ever do about it: admit it, learn from it, and don’t repeat it.” That’s a pretty good approach to take.

Fear should not paralyze progress

While I think it is important to move slowly into this unchartered water, the fear of failure should not prevent us from trying something new. I’m trying a few things with my fourth graders, and I’m not completely sure they will work. That’s okay. They are good lessons, and I don’t want my reluctance to prevent my students from experiencing valuable learning opportunities. It is a delicate balance between trying too many new ideas and finding new strategies which will benefit my students during this unprecedented time.

Everybody has their own comfort level with technology. Regardless of where you are on that continuum, I know you’re going to be just the teacher your students need during this difficult time. It might not be perfect, but your willingness to try a new approach will create a wonderful learning environment. 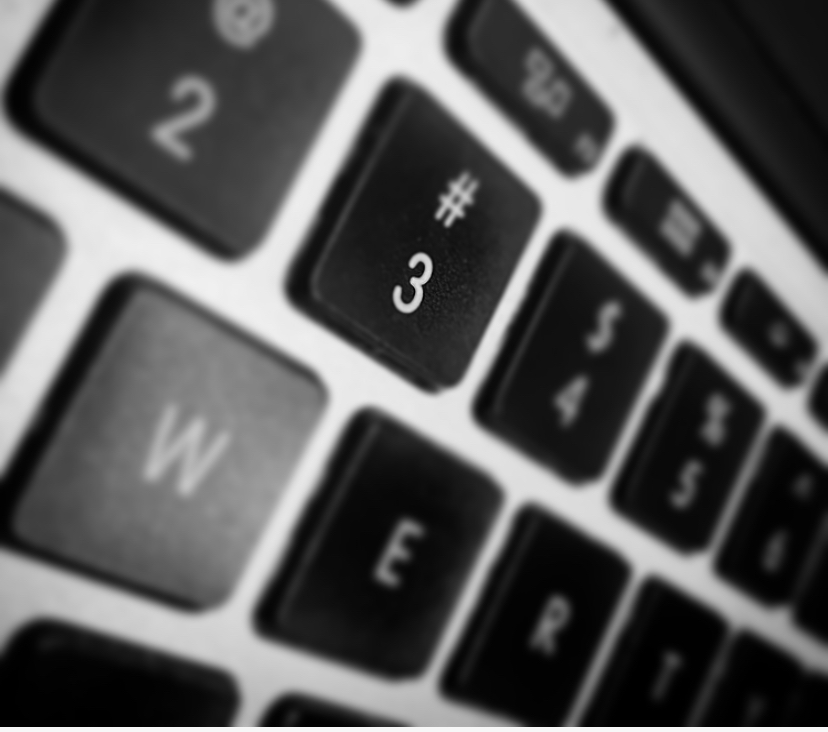 Saturdays are my time to reflect on what I read, heard, and discussed throughout the week. It is my “exit ticket” for the last seven days. So here are three ideas that made me think this week. (They are not in any particular order.)

1 – The Coronavirus has forced many school districts across the country to make an abrupt move towards online learning. That sudden shift has left some students and families trying to navigate a new normal which is dependent on having devices and access to internet. This article, and video, profiles a 10-year-old girl in New York City who lives in homeless shelters with her mother and grandmother. They have a loaned device from the girl’s school but have trouble finding Internet connections. Hopefully one positive that comes out of all the challenges with Coronavirus is more equity with technology, and connectivity, for students in all areas of the country.

2 – In light of the need to get technology in the hands of students, many districts have loaned devices to students. My own district did that earlier this week.

3 – This spot is usually reserved for something fun or uplifting. This video shows a 15-year-old girl named Courtney returning from her last chemo treatment. Coronavirus and social distancing prevented her friends from having a traditional gathering to celebrate the occasion, so they lined the streets and cheered her return from her final treatment. Sometimes difficult times like we are facing right now bring out the best in people!

Writing prompts are a great way to learn more about students, build better relationships through the insights into a student’s life they provide, and give students practice with one of the most important life skills to have – the ability to communicate through writing.

Here is a list of 50 writing prompts for students in elementary, middle, and high school. It is a great resource to have in your teacher toolkit.

During this unprecedented time, it is important to remember our more vulnerable students. This is a traumatic time for many adults and students. That is why continuing to teach with trauma-informed practices is just as important as ever.

Here’s an article which looks at ways to better support vulnerable students with trauma-informed practices during coronavirus school closures. Some of the students to keep an eye on during this challenging time:

Many teachers, parents, and students are looking for ways to continue learning at home during school closings. There are many resources available online. I’m going to try and share an at-home resource at least once a week.

Here’s a great resource from Scholastic that teachers, parents, and students can use during Coronavirus shutdowns. Hope it helps.

Over the weekend I finished my fourth book in my 50-book challenge for 2020. The book was The Fallen by David Baldacci. If you’re not familiar with Baldacci, he’s one of my favorite thriller writers. He’s best known for his book Absolute Power, which was made into a movie staring Clint Eastwood.

This book is the fourth in the Amos Decker (Memory Man) series. Decker is an ex-football player. In his only game in the NFL, he suffered a violent hit which ended his career but gave him a perfect memory. That is great for his work as a detective because he remembers virtually everything about a case. Decker’s flawless memory does have its downsides as well.

The Fallen, like so many of Baldacci’s books, is wonderfully written and keeps you on the edge of your seat from cover-to-cover.

This book has absolutely nothing to do with education, and that is just what I needed last weekend. With all of the uncertainty surrounding the world related to Coronavirus, I needed a bit of an escape from reality. It is so important to read non-fiction and consistently grow as a person and educator. There are, however, times when you simply need to read a book to escape.

I think we all need a little bit of an escape right now. It’s the perfect time to pick up a book by your favorite author and simply read to enjoy a good story.

Okay, maybe kids don’t miss every aspect of school, but it has become abundantly clear after a week of closing that students do miss school. My class uses a Google Classroom throughout the school year. I’ve been using that as a way to communicate with families during the Coronavirus shutdown.

What I love seeing is students starting their own threads in Google Classroom to ask each other questions. Questions like: What did everybody do today?

One of my young scholars wrote something that really made me smile.

This student wanted to know who missed one of our regular elementary lunch options: Cougar Bowls – mashed potatoes, chicken, corn, and gravy in a bowl. Who wouldn’t miss that deliciousness? He posted this at almost 7:00 on a Monday night.

All of the conversations happening in our Google Classroom shows how much students miss school. They crave the structure, the social aspect that school brings, and the normalcy that school brings. Hopefully we can get back to normal soon. In the meantime, who misses Cougar Bowls? ME!

This post will be short. Many educators around the country have already started to move to online learning or are gearing up to make the move. Therefore, I just wanted to say good luck to all of those embarking on a new delivery method.