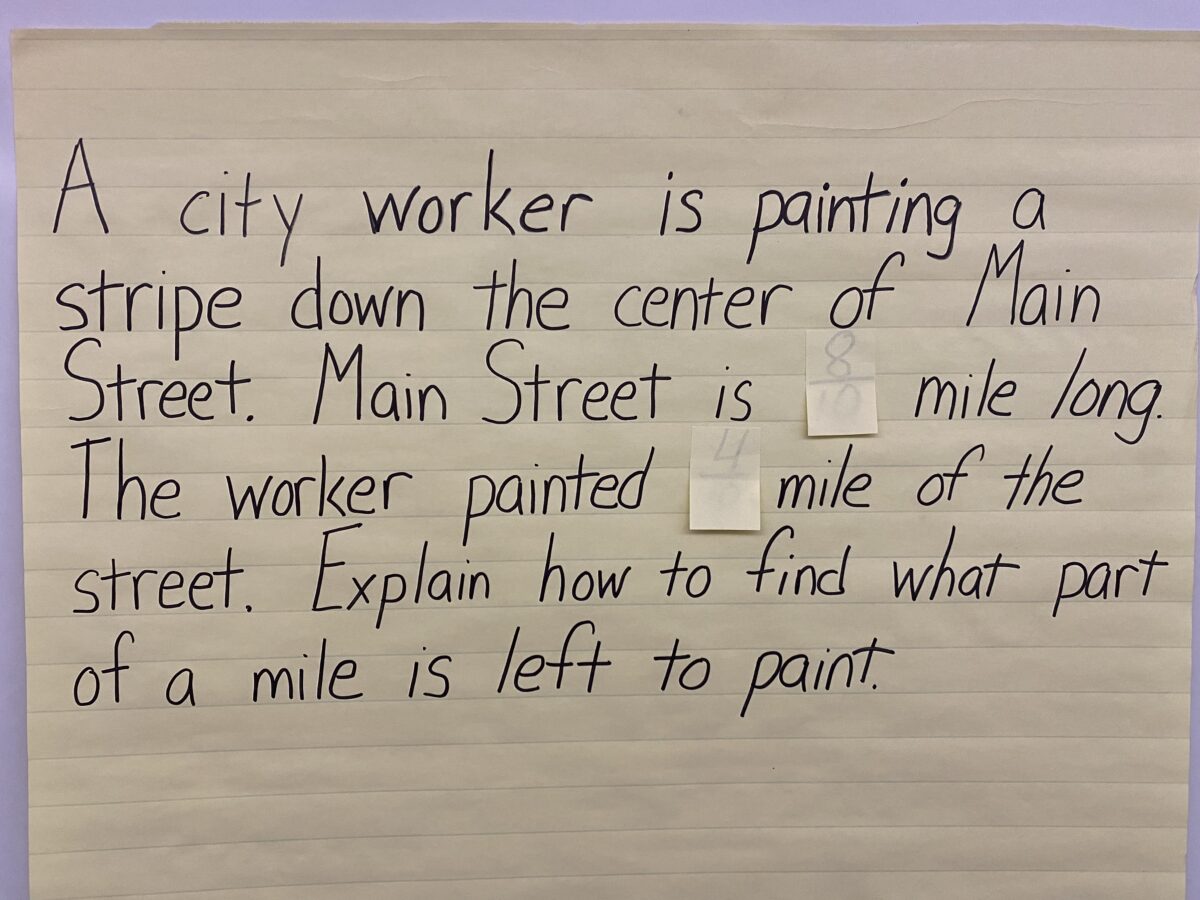 A few years ago I was doing a lot of one-on-one work with a student who struggled in math. We often met before class to do some mental math and try to improve his number sense. After school, we would revisit the skill we discussed in class that day. He made a lot of progress and was starting to feel much more confident about math in general and problem solving in particular. Then we introduced fractions.

Shortly after we started our unit on fractions, he put his head down in frustration. I asked him what was wrong, and he replied, “I was just starting to get math and then… then fractions happened.” It was as if he had contracted a deadly virus named fractions. We talked about how good problem solving doesn’t change just because we moved from whole numbers to fractions. Over the next month or so, we continued to work and his confidence with fractions improved as well.

This is a pretty basic word problem involving fractions. Some students might struggle with this problem simply because they are intimidated by the fractions. So, why not take the fractions out all together?

Now we can have a conversation about what is happening in the problem. We can talk about how one person has some amount of pizza and another person has another amount. We want to know how much they have together. That hopefully leads students to see that this is an addition problem. Once they understand the context of the problem and have determined the operations they need to use (addition), then they can start looking at specific numbers.